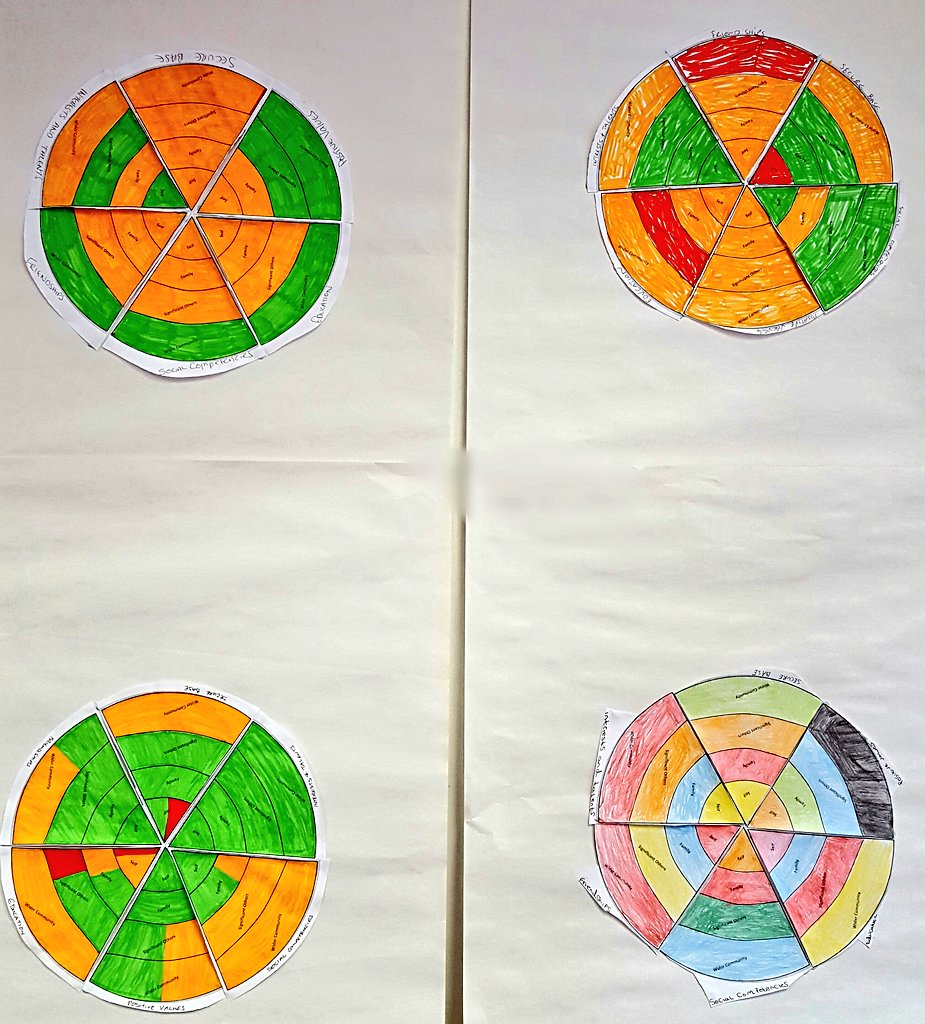 On Thursday 12th April , Scott Coyne (Volunteer Coordinator) ran a second workshop, having introduced  the concept of resilience to the Epilepsy Futures participants back on 20th February.

This involved participants spending time thinking about areas of their own lives, acknowledging where they felt they had developed a sense of resilience as well as those areas where things were more variable or less dependable.

In this post Scott shares his insights into the ensuing discussion, and Steven Connelly adds his own views too.

The second session of our 2-part resilience workshop was an opportunity for each of the group to present and analyse their own resilience maps.

Having the chance to reflect on life before futures was a significant factor in the mapping exercise as it really brought home the impact of the past 6 months…one member of the group commenting that everyone was “changed for the better”.  The map being a really useful visual tool to indicate the current state of someone’s resilience.

Getting to grips with tackling their own maps, was an ideal opportunity to consider changes, perhaps what is most important to them, but also areas in life which they feel require more thought and personal development in the long-term.

For me one of the most important parts of this session is firstly asking the groups to self-reflect and analyse over the 6 areas that make up the map, but also to give them the room to consider the future and what they may pursue after their six month block on futures is complete.

The group really acknowledged the importance of continuing their own development and momentum…this means different things for different participants…for some this means considering volunteering with other organisations, undertaking our own in house befriender training, somebody is considering starting their own blog or getting stuck in at our allotment.

I feel that the future is brighter for our first group of participants, while they may still face set-backs and challenges, they now have all the skills and knowledge to self-manage and make positive life choices.

On Thursday we continued with the workshop on resilience, which our volunteer coordinator Scott originally  introduced to us. This workshop had two parts and we all found it a fascinating and constructive way to  positively acknowledge parts of ourselves that we hadn’t considered before.

Speaking for myself I had dilemmas and issues with being supported, influenced and having positive role models in my life who would encourage me and give me strength. My condition had wiped away every part of enthusiasm I had for life, and I I felt alone.

However, I noticed such a difference on Thursday during the second part of the resilience workshop, as I have changed as a person in from being supported by Epilepsy Connections and developing my confidence through the Epilepsy Futures programme.

The programme has truly inspired me, I have made good friends who are living with the same condition as me, I now have role models who encourage and support me when needed and most importantly my energy, hopes and dreams and passion for life has returned.

My condition is never ever going to go away, I am going to have bad days as-well as the great, ups and downs, but what being involved with Futures has has taught me is to never to give up.

I must just get on and deal with everything, you have got to get up and dust yourself down.

Some of the feedback from the day included;